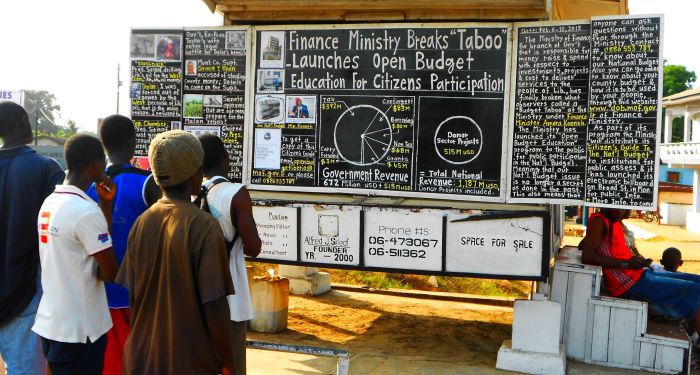 Who writes the narrative on Africa’s development trajectory? From the critical analyses of aid of investigative journalism, to the grassroots perspectives of those impacted in literary and travel memoirs, Africa Writes questions issues of accountability and agency, and the importance of African voices in African storytelling

Bringing together writers, readers and everyone else interested in stories from and about Africa, the three day event featured workshops, panel discussions and literary talks.

As C4D we were interested in a session dedicated to African Development –  specifically questioning who owns, disseminates and shapes the narrative.

As Eliza Anyangwe highlighted in her intro “In a post-Brexit world, we realise we’re not as integrated as we  might think we are – through events like these, we hope to bring people together.”

Fatimah Kelleher problematised the reigning development narratives of the millennium held in the UN Millenium Development Goals, reflecting that history is lopsided when people don’t tell their own stories. Narratives of that period need to be equitable and plural to avoid misrepresentation and to move into the new Sustainable Development Goals 2015 -2030 with a critical eye on the past.

James Copnall, BBC Africa editor, conceded that the overarching narrative is overwhelmingly shaped by the media, but that there is a shift away from a ‘if it bleeds, it leads’ mantra to far more diverse and pluralistic storytelling. The Guardian´s Bill and Melinda Gates Global Development section, African authored African news and the eye-opening Secret Aid Worker‘s blog are prime examples of this shift.

.@JamesCopnall there’s much more to news than the classic ‘if it bleeds it leads’ #AfricaWrites

Bwesigye Bwa Mwesigire made the valid point that while incessantly asking “what can we do” in the West – we are not listening.

Emma Dabiri ‘TheDiasporaDiva’ went even further to suggest we need a overhaul of a system which hasn’t and cannot deliver the development which other developing nations, such as those in South East Asia, have enjoyed in the same time frame.

So what does it mean for us?

Here at C4D we aspire to give a platform to the entrepreneurs and their families we work with to tell their own story as the protagonists in their development narrative.

We believe by putting our communities at the helm, they are able to participate and contribute to their economy and drive development on their own terms.

Our entrepreneurs need a kick-start not a hand out, investment not pity, a platform not a voice – pledge your support today.