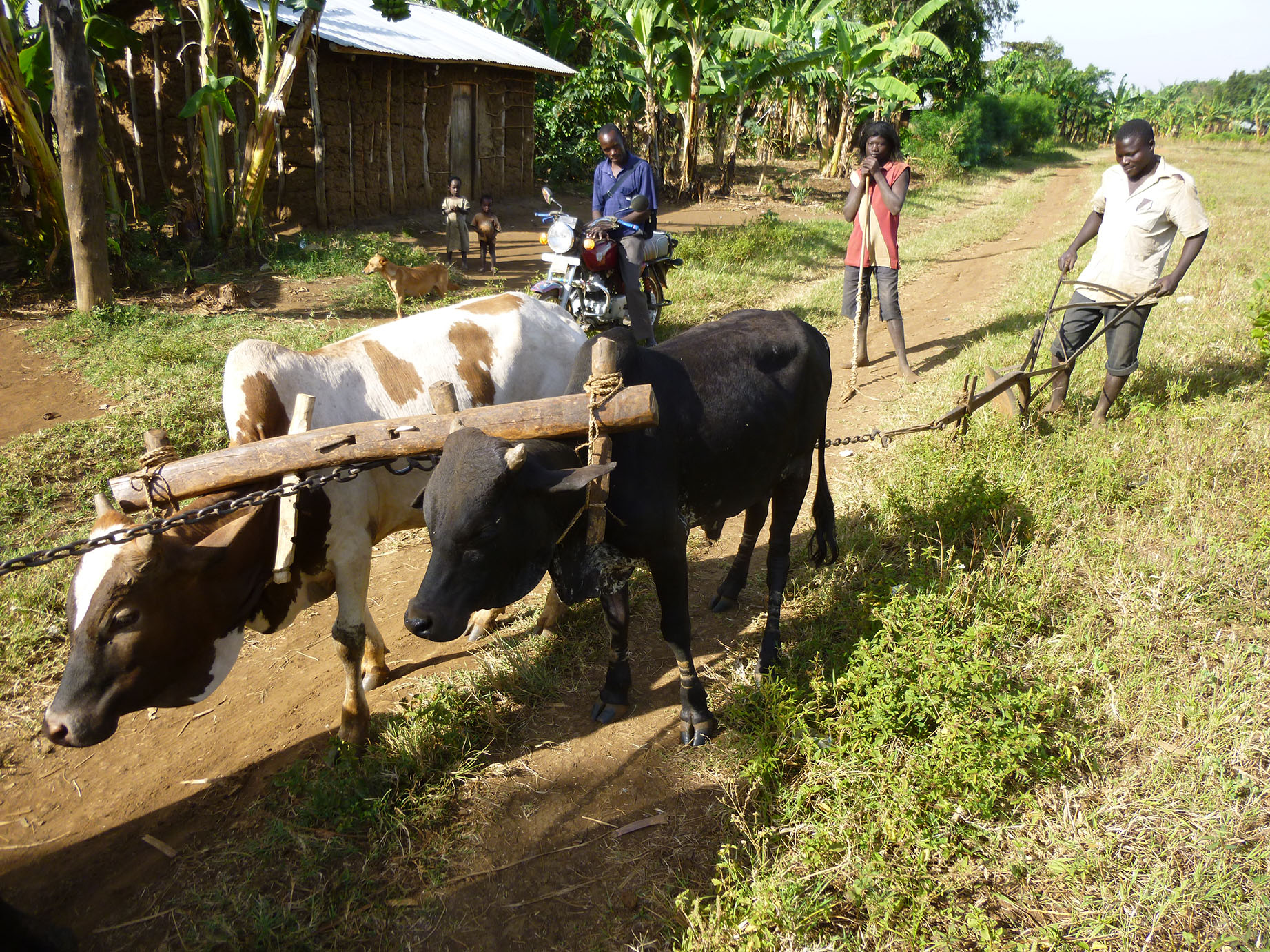 I am slowly becoming an agriculture expert!

Expert might be an exaggeration… but I am certainly learning! For someone who grew up in the city and been in the countryside for holidays only, it’s been quite challenging! Living most of the week in the Ugandan village as well as working very closely with communities on agricultural micro-enterprises has shone some light for me on the certain issues. How much does a threshing maize machine cost? How does a cassava plant look like? How do you dig your field to prepare for planting? Why is maize proving difficult to be profitable?

Let me start with saying that I am positively surprised how much I am enjoying learning agriculture. I never thought I would, having spent my whole life living in one of the biggest cities in the world – London. Apart of being able to distinguish now matoke plantation with maize plantation and how does a moving tractor threshing maize looks like, I have observed the following:

The main cash crops in Uganda include cotton, tea and coffee beans while main food crops are cassava, millet, beans, corn, g-nuts, soy beans and variety of fruit. Large numbers of cattle, poultry and goats are raised here too.

Uganda in general has  favourable soil conditions and receives plenty of rain throughout the year (hence the luscious green colours at least in the East).

Agriculture is the most important sector of the economy employing around 80% of the country’s workforce. Environmental sustainability is a growing concern – with such a high number of people employed in this sector, the natural ecosystem is undergoing degradation: erosion of soil, falling quality of water, deforestation (wood used for fire) just to name a few.

The roads in the country makes it very hard for farmers to market and transport their goods. Even within a small district the conditions of the roads (or rather their inexistence) are preventing people from earning a profit.

Villagers lack adequate knowledge and skills to make the most out of the soil they have. I would like to see Government initiatives bringing agricultural specialists to conduct a survey of the land in order to maximize farmers’ profits.

Let’s take maize as an example (we’re working on an income generating activity involving maize) – one of the most important and widely grown and consumed cereal crop in Uganda. However, despite of its importance from food-security and income generation, farms face very high production and distribution costs. They operate in a very thin market susceptible to price and climate swings. Many bottlenecks exist in the supply chain: inadequate storage, low quality of maize itself, transport problems and so on. There is a lot of scope for improvement: strengthening forward (market) and backward (suppliers) linkages, improving the farming techniques and introducing industry standards.

I was surprised how many complaints I’ve heard about the weather changes in recent years. Seasons aren’t as they used to be. Dry becomes semi-wet, wet becomes semi-dry.

In Uganda, climate change and increased weather variability has been observed and is manifested in the increase in frequency and intensity of weather extremes, including high temperatures leading to prolonged drought and erratic rainfall patterns.

These are just some of the observations I have made in the past 2 months. I am hoping to learn as much as I can so that I can apply this knowledge in my future projects.