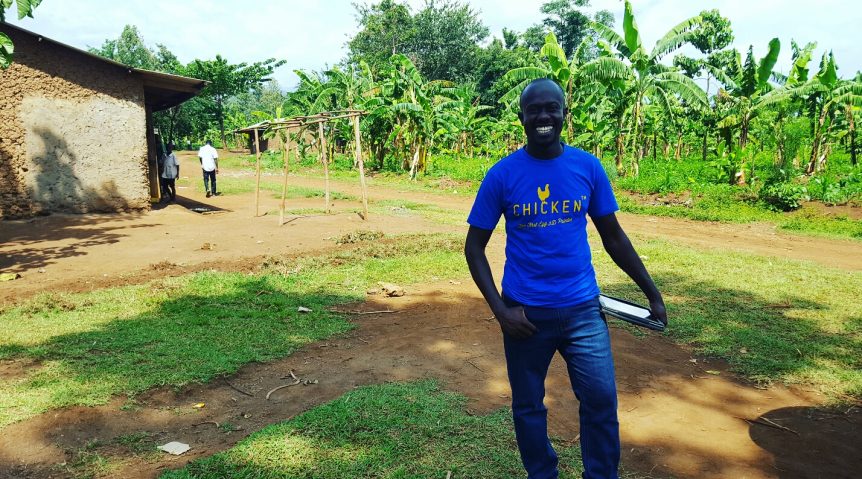 It may not have been your typical setting for a motivational talk on entrepreneurship – but the sentiment and execution were just the stuff of those powerful short videos from experts on business and creativity made popular the world over by the TED talk format.

“I’m going to tell you my story and then I want to hear yours,” Saleh told a room captivated by his aptitude for storytelling and contagious positivity.

And his audience? 70 budding entrepreneurs, most of them women, from the villages in the infamous Bulambuli Valley – a hotbed of innovation with a flourishing startup culture. 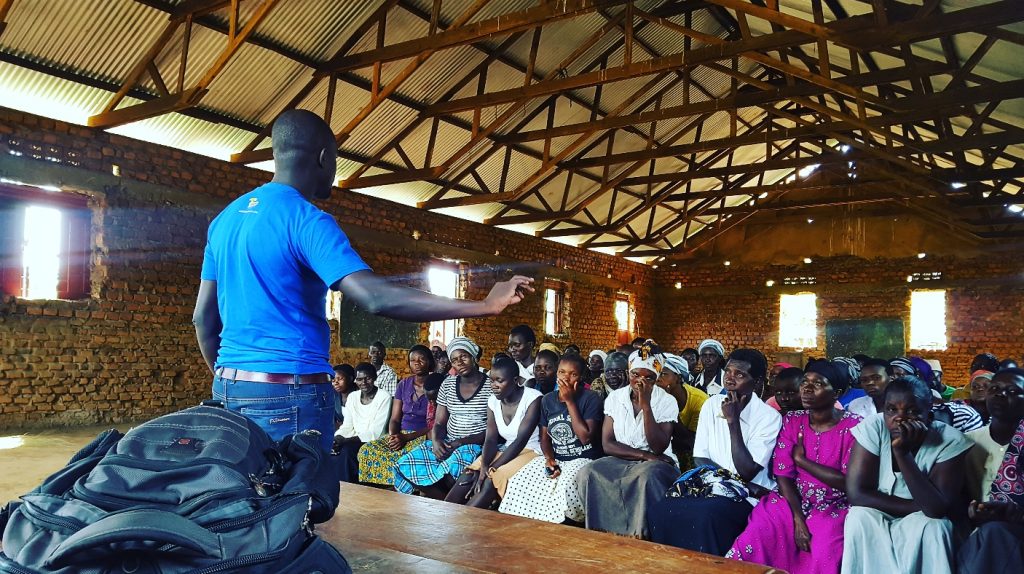 “As J F Kennedy said, ask not what your country can do for you but what you can do for your country” – though speaking in the community’s native Lugisu, Saleh introduced quotes from a broad spectrum of languages and cultures in a way that was relatable to his Ugandan listeners. 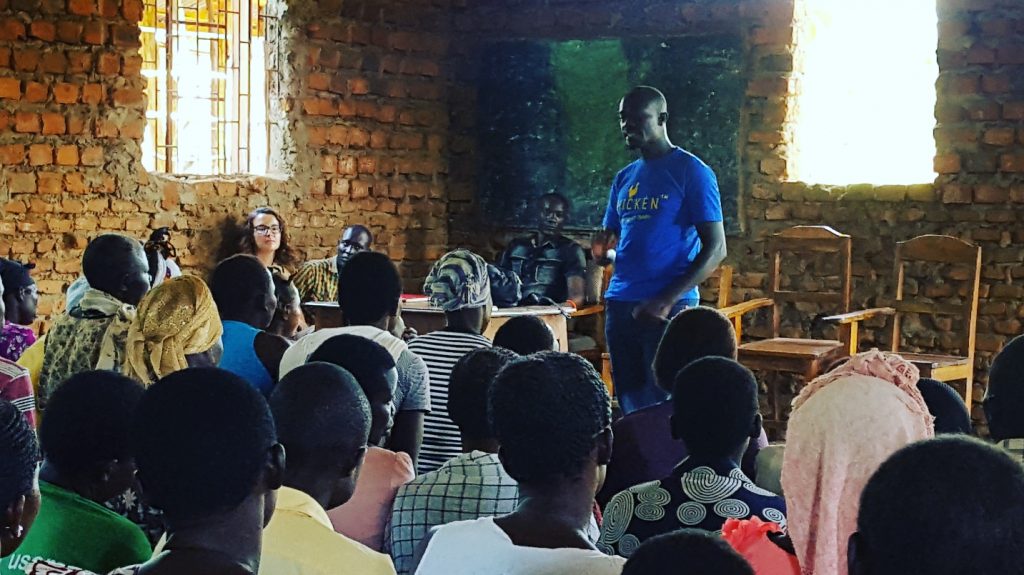 “It’s all about a business mindset”

His words and visit to Bulambuli could not have come at a more timely moment – the members of the community have been working hard over many years to develop their knowledge and skills, save funds, and start their own small business ventures. But as Saleh told us, “African people, especially women, are born entrepreneurs. The problem is we don’t always look at what we already have in the business sense.”

To encourage a change in “mindset” was one of his key aims: “You are all millionaires, you just don’t know it,” he explained, using the example of the value potential of a poultry business one might not fully realise when they own a chicken.

“You own chickens? Then you could be a millionaire. It’s about how you view what you already have.”

“Start small and grow big,” Saleh used his life and experience to relay the core principles of good business, taking them through his own journey to success. He grew up in a neighbouring village but through his own drive and initiative, channelled the small amount of resources he had to build and grow a business empire. He highlighted that having a vision and setting goals is fundamental to success, his ultimate aim being to have the biggest tourism agency in East Africa (aim for the stars right?). 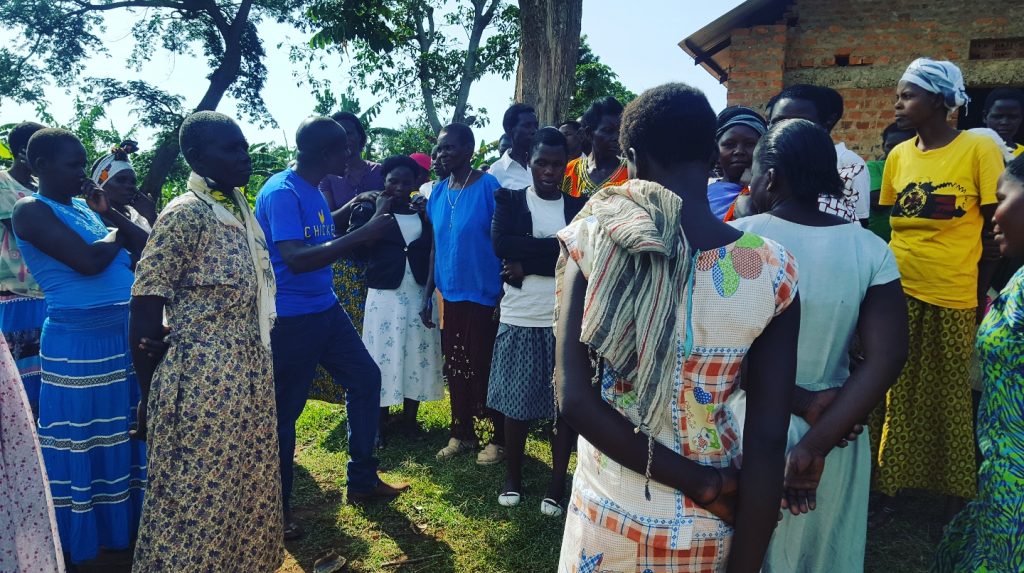 “Prevention is better than cure”

He also emphasised the constant challenges he faced along the way and the need to plan for the future, including potential failure, with the mantra: “Prevention is better than cure.”

Another key message was the importance of unbiased, competent leadership, with one participant rather disconcertingly finding herself blindfolded and being guided to find a bottle of water placed on the ground to illustrate the point. 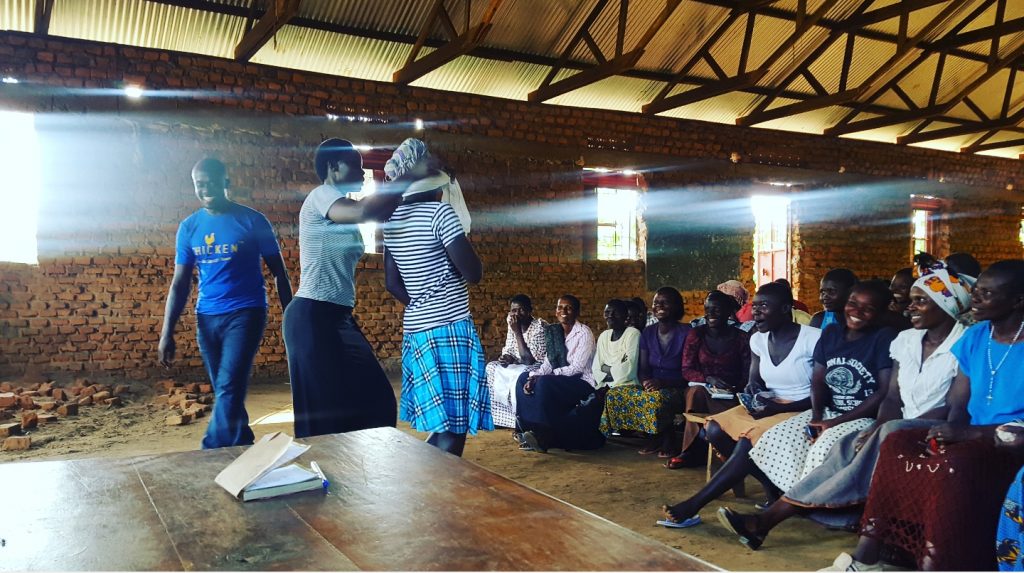 “Is this really necessary…?”

He also explained the importance of teamwork, keeping records, techniques to avoid conflict and, of course, that “never be defeated” attitude.

And he didn’t stop there, offering his continued mentorship of the community’s nascent businesses and inviting two leaders from each of the community groups to visit his hostel in Mbale to see first hand how he manages all aspects of his business. 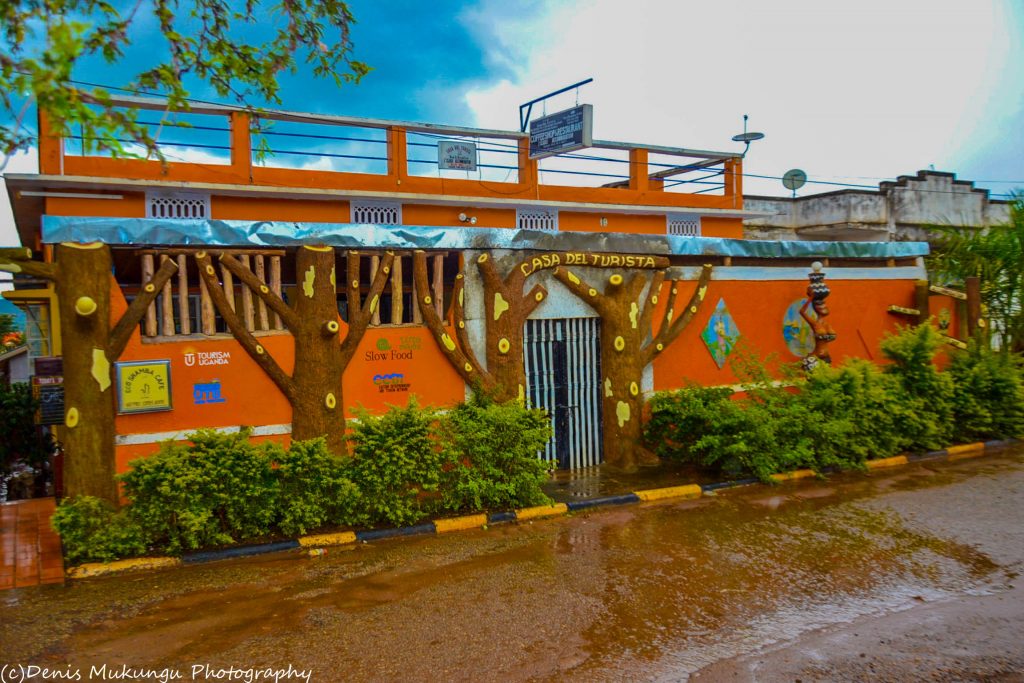 After the session, we were keen to find out the impact on the community members: “We really enjoyed it. He knows how to speak to us,” said Sirah, member of Saving Group 3 and business trainee.

Veronica, Saving Group 4 member, explained how Saleh’s talk helped her understand “what it takes to start a business” and that while crucially it comes down to loss and profit, good leadership and ambition can help you achieve even more.

“Those who missed it, missed it forever,” said David, a new business owner, effusive about how inspired the attendees had felt by his words. 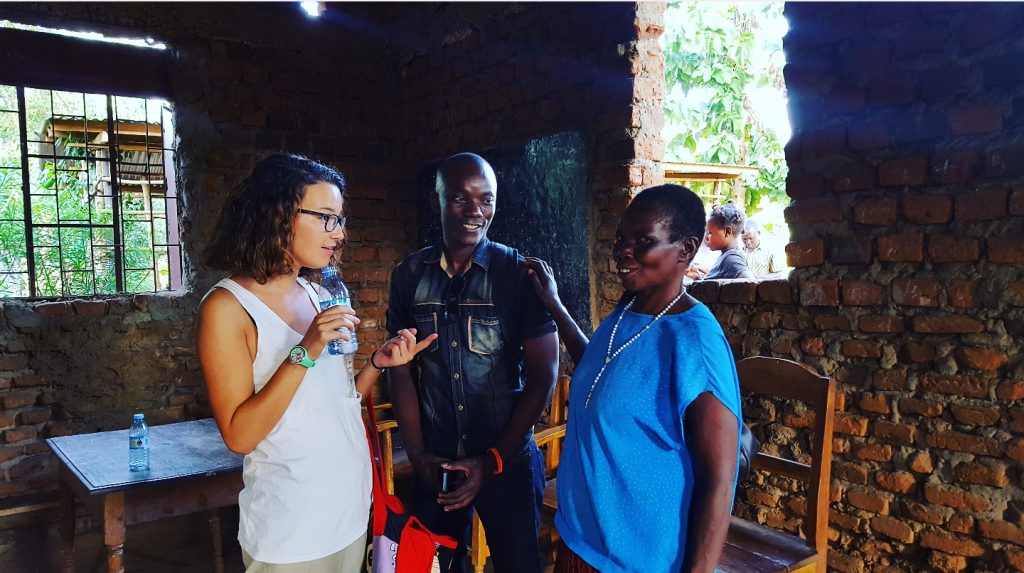 “Now I know what it takes to run a business”

So while many aspirational entrepreneurs might click on a TED talk video for their motivational kick, Saleh did something amazing by bringing his story, experience and “ideas worth spreading” right to the heart of his own community – to those who otherwise would never have that opportunity.

And now, they are one step closer to dreaming bigger, aiming higher, and harnessing their potential to innovate, create and make their own success. Thank you Saleh!

By Sarah Bradbury, CfD Campaigns. Saleh Naminya delivered a talk on entrepreneurship to the Bulambuli community on Sunday 9th April. You can follow Saleh here.