It’s not just a cow, it’s a business.

Dairy cattle for milk production and selling has been selected as the ‘income generating activity’ (IGA) by the Buwebele Savings and Loan Association group after training and careful evaluation of the business plan. The micro-enterprise has 30 members split into 15 pairs looking after one cross-breed cow each.

The cross-breed (exotic) cows selected constitute less than 20% of the cattle population, yet they produce up to 75% more milk then the indigenous cows.

Each pair has raised an adequate structure for the cow as advised and supervised by the veterinary officer in the district. This includes sheltered space as well as exercise room of minimum length and width specifications, with separate compartments for treatment, feeding, milking and relaxing.

Based on the budget prepared, C4D have contributed a grant of 60% of the total start-up costs, while the group contributed the remaining 40% out of their savings pot accumulated over the two years their saving group has been running. 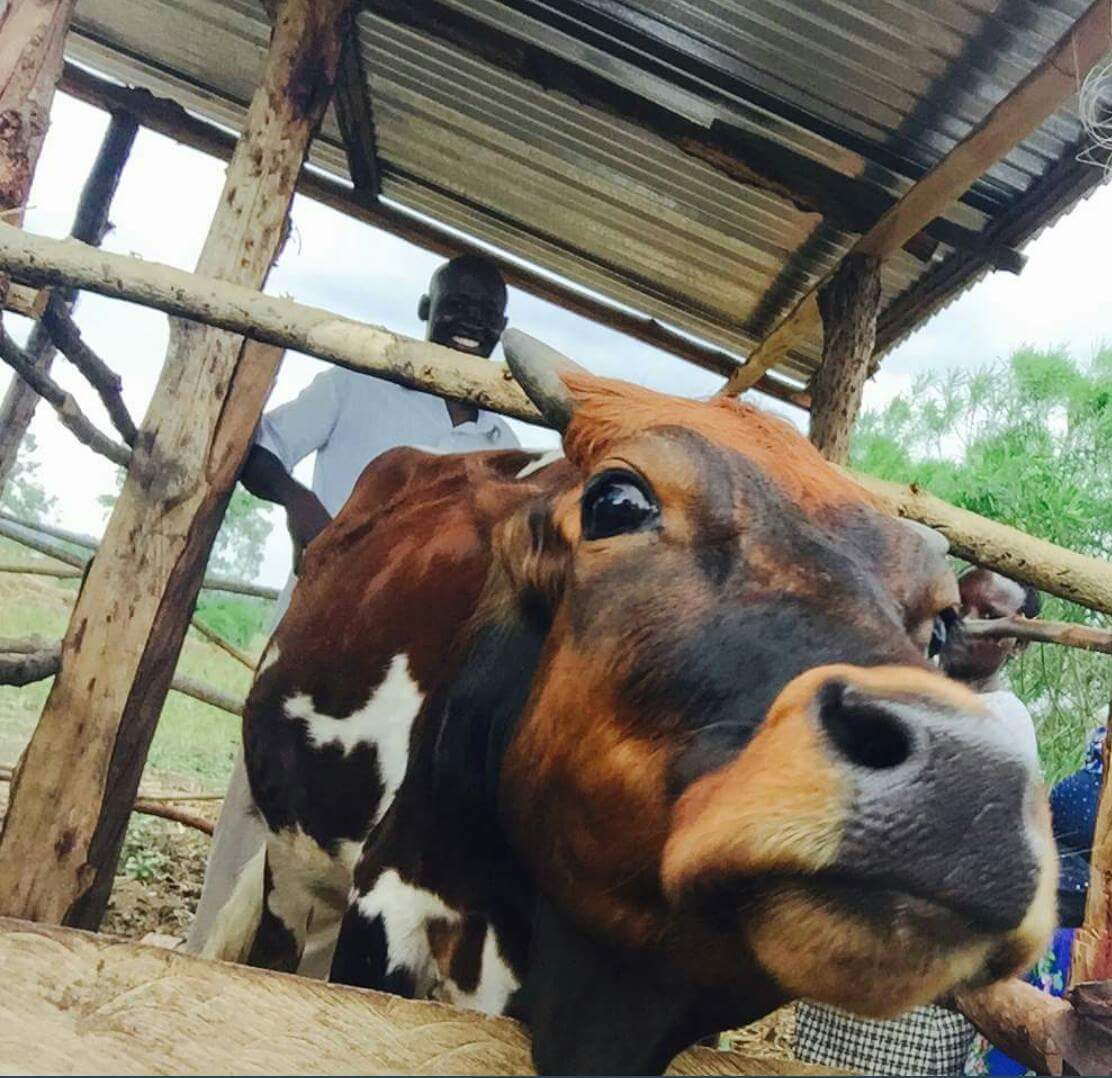 How exotic: the cross-breed cows can produce up to 75% more milk than indigenous cows

Members of Bwelebele Group are now a happy lot –  all 15 exotic cows have been purchased.

Crucially, before receiving the cattle, all members underwent a 2-day training with a veterinary officer and a business woman selling milk from the nearby village.

This was a very important step in creation of the IGA, as only by careful and adequate care of the cattle one can maximize milk production and, subsequently, income.

The vet training covered the best types of feeds for the cattle, sanitation and hygiene on the milk side, insemination methods and pest and diseases prevention and treatment.

The business side of selling milk included topics such as the importance of correct transportation of the milk, boiling and storage.

“In the same way tech entrepreneurs believe their products can save the world, so C4D believes supporting the entrepreneurs of Bulambuli can change their world.”

The next step is to open up a small shop in the village town where members of the group will be selling boiled and raw milk to local people and suppliers of restaurants.

The profits made will be split equally between 30 members, excluding running costs of the enterprise. Additionally, 5 pairs whose cows produce the highest amount of milk will receive an additional income as a reward and incentive for others to look after the cows well.

We’re working closely with the group to provide them with necessary tools and mechanisms to avoid conflict and ensure accurate accounting. This includes further conflict resolution training and on-going monitoring of the IGA.

The cows will also undergo a yearly insemination in order to produce offspring to allow the business to grow.

“Saving group members will not only establish a sustainable source of income but also work together as a group to improve the livelihood of the whole community.”

The group will also be helping out to spread awareness of milk as an important nutritional element in children and adult’s diets, as well as the need for boiling the milk which is crucial for consumption in order to prevent diseases and fast detoriation.

This will be done through short performances by the local drama group, verbal advice given in the shop and workshops held together with the sub-county health officers.

It’s a very important and happy moment in the Buwebele community of Bulambuli Valley as the members will not only establish a sustainable source of income but also work together as a group to improve the livelihood of the whole community. 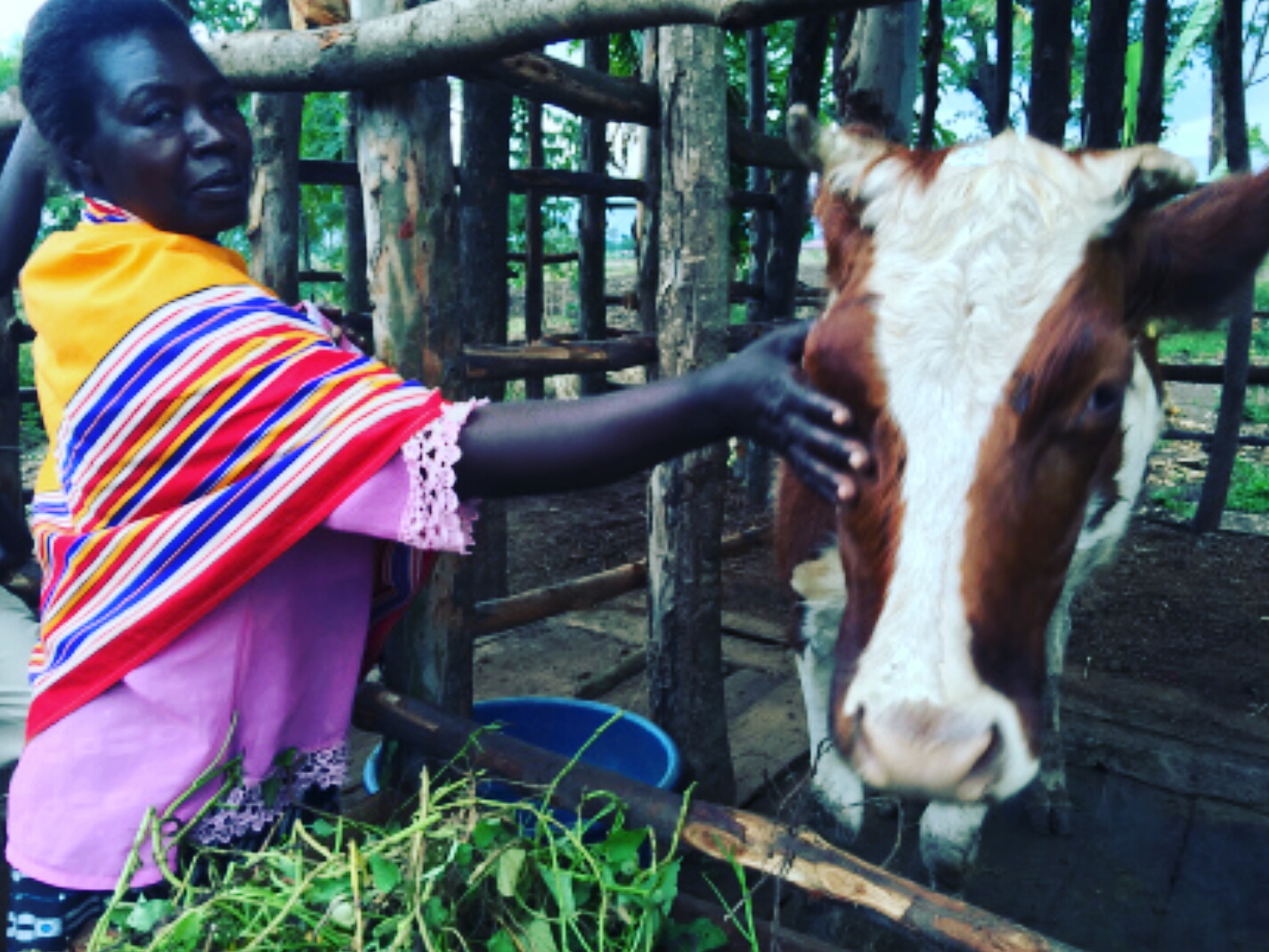 With enough backers, we can get a smart milk dispenser installed in every village in Uganda

If you back an entrepreneur, such as those behind Cows&Cows, you can ensure they get the training and kick start they need to develop and grow their business and build a sustainable future for themselves and their community.

In the same way tech entrepreneurs believe their products can save the world, so C4D believes supporting the entrepreneurs of Bulambuli can change their world.

Pledge now to grab yourself a geek-chic 3D Egg Printer T-Shirt or even donate a cow with a name of your choosing to Cows&Cows – with your help we can get a smart milk dispenser installed in every village in Uganda.

Because it’s not just a cow, it’s a business.